Rice is a cereal grain and one of the most commonly used staples around the world. There are lots of different ways of cooking rice and almost every country in the world has its own unique take on it, from oriental sticky rice or steamed rice as an accompaniment to stir-fries, stews and curries, to one-pot meals such as an Italian risotto, a Spanish paella, or even a Caribbean Jambalaya. Rice can be sweetened up too, with rice pudding being a classic comfort food. Learning how to cook long grain rice so that it is perfectly fluffy every time is also a skill worth practicing. Getting it right will help you create tasty and thrifty meals suitable for the whole family. Here are some of our favourite recipes from around the world, starting with a simple method to getting plain rice perfectly fluffy.

How to cook white rice

Rinsing long grain rice can give you a bit of a head start, helping to remove loose starch so that there is less chance of it becoming sticky. Jamie’s simple recipe for Light and fluffy rice introduces an easy method for boiled basmati rice, which can also be flavoured as you cook it, with a cinnamon stick, a few cardamom pods, lemon zest or even green tea leaves. First of all, rinse the rice, and then boil it in a large pan of salted water for five minutes. Next, drain the rice and steam it by placing the rice in a colander, covered with foil, above a couple of centimetres of gently boiling water. Steaming the rice in this way will help to finish it off, separating the grains without overcooking them. 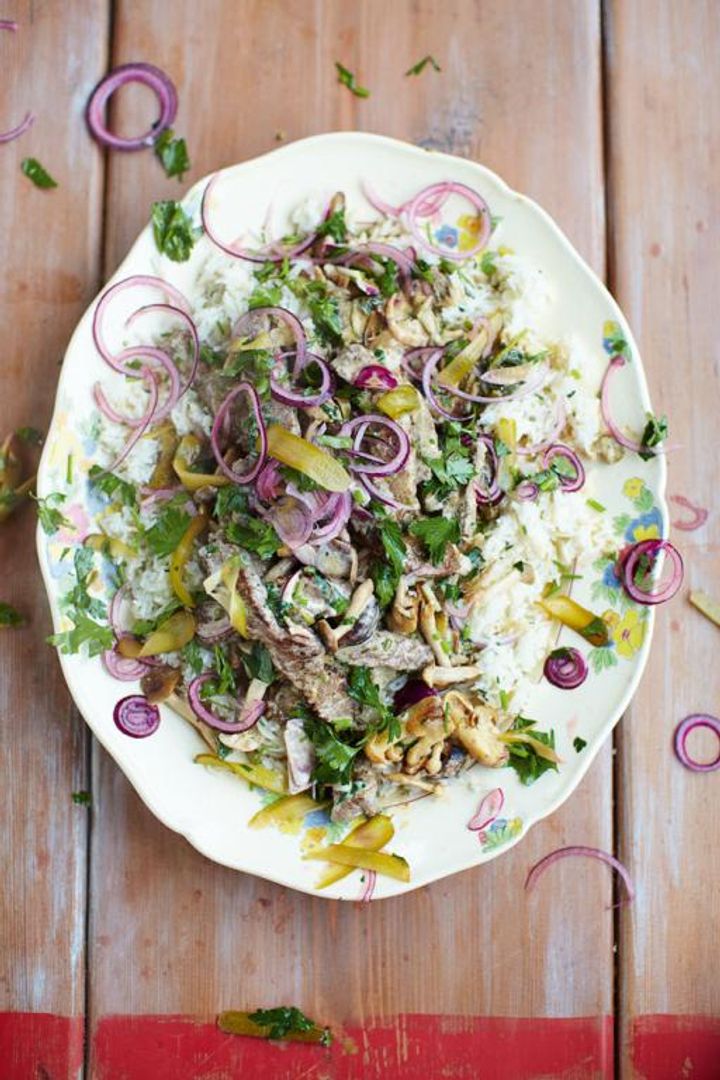 There’s another very simple method of cooking rice in this Slavic-inspired recipe for Beef stroganoff fluffy rice, red onion & parsley pickle. This is a crowd-pleasing meal and if you’ve got vegetarians to feed, simply swap the sirloin steaks for even more mushrooms. Once you’ve got the rice on the go, get on with making your quick parsley pickle, before adding in mushrooms, garlic, steak, sweet paprika, lemon zest and a little brandy for good measure. Finish off the stroganoff with a swirl of natural yoghurt, serve it on a bed of rice cooked with spinach and scatter over some more of the pickle. You’ll soon be tucking into an impressive yet easy to make eastern European feast.

How to cook brown rice 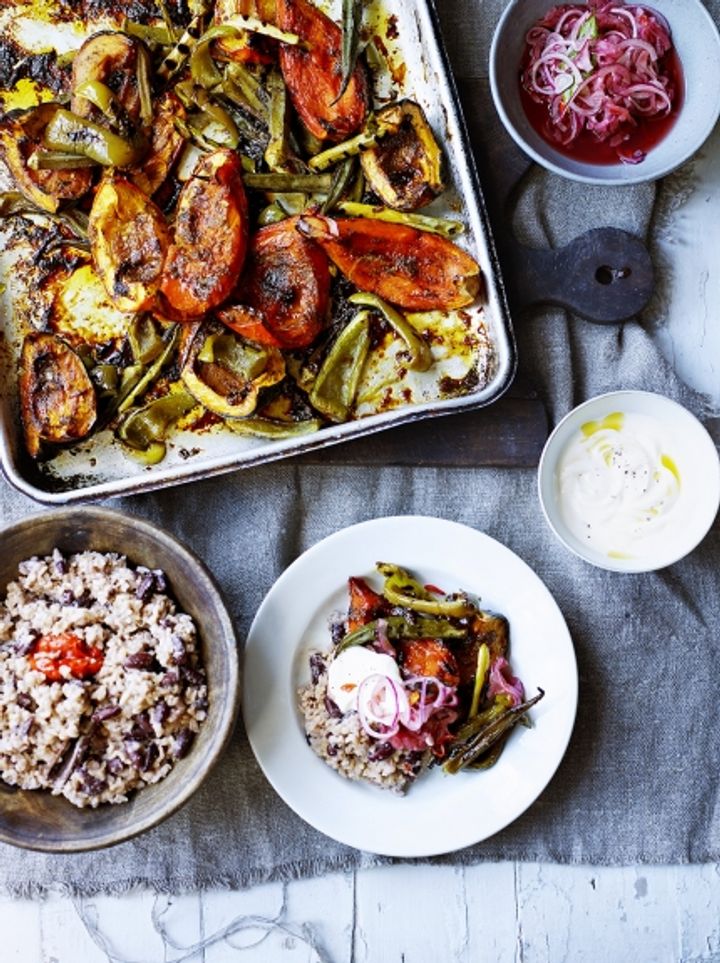 Brown rice is just as easy to cook as white rice, but it just takes a little longer. The easiest way to do it is by adding rice to a pan and just covering it with water, then cover and leave to tick away for about half an hour, or until cooked through – easy! Check out the full recipe for Rice & peas with jerk roasted veg to try it yourself. Or, if you fancy something else, Christina from the Food Team has a whole host of ideas on how to jazz up brown rice.

Other types of rice 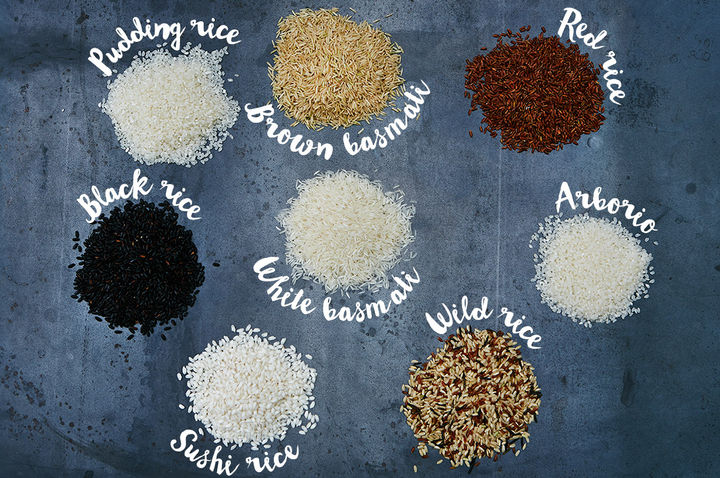 There are over 40,000 varieties of rice, but what are the differences between them? Here are some of the more popular types and their uses.

Arborio is an Italian medium grain rice, mainly grown in northern Italy. The grain is short and plump and has very high starch content, which is why it is traditionally used for risotto. When cooked, the starch helps to absorb a lot of the cooking liquid and flavours, and makes for a creamy dish. Arborio can also be used for rice pudding, paella, or even the Italian delicacy arancini.

Black rice, also known as purple rice, is mainly grown in Asia. Rich in iron and high in fibre, black rice is highly nutritious. It has a deep black colour, which usually turns purple when cooked, is a bit chewy, and has a nutty flavour to it. It is often used in desserts in many countries. It’s especially good in this Black rice pudding with mango, lime, passion fruit and coconut.

Sushi rice is a short grain white rice, which is cooked and seasoned with vinegar, salt and sugar. Any Japanese-style rice will work fine for sushi, which means any translucent and rounded short-grain rice (also known as Shari). Each grain retains its original shape, and yet they magically stick together without being gluey.

Wild rice, also known as Canada or Indian rice, is the seed of a grass that was historically grown in water as deep as four feet. Wild rice originated in North America and China. Because it is difficult to grow, wild rice usually costs more than other rice grains. The grain is long, thin and covered in black, brown or green husks, and is often mixed with other rice grains rather than eaten on its own. It has a chewy outer sheath and a tender inner grain, is high in protein, and is considered a delicacy to eat. However, it’s got one feature that makes it simpler than more common varieties of rice – it bursts open when cooked, so you can tell at a glance when it’s done.

Generally, any short grain white rice can be used to prepare rice-based desserts such as rice pudding, as these varieties should always end up creamy and sticky when cooked. As a rule, Arborio is a safe bet for these kinds of dishes.