Paneer is a fresh, unsalted white cheese. It requires no ageing or culturing, and is very easy to make at home. It is very versatile, and an all-time favourite ingredient from my time growing up in India.

Paneer is an important food in south Asian countries, which is unsurprising considering milk is a prominent part of the cuisine. It’s also vegetarian, which suits the meat-free diet of many in India, and makes paneer a very popular ingredient for curries, particularly in the north.

Paneer has a mild, milky flavour and a dense crumbly texture that goes beautifully well with strong spicy flavours used in many classic Indian dishes. Because it won’t melt like other cheeses,  chunks of it can be stirred into soups or curries and remain intact.  It is a star ingredient in some of my favourite dishes like saag paneer (spinach), shahi paneer (cream, tomatoes and spices), and mattar paneer (peas and tomatoes). 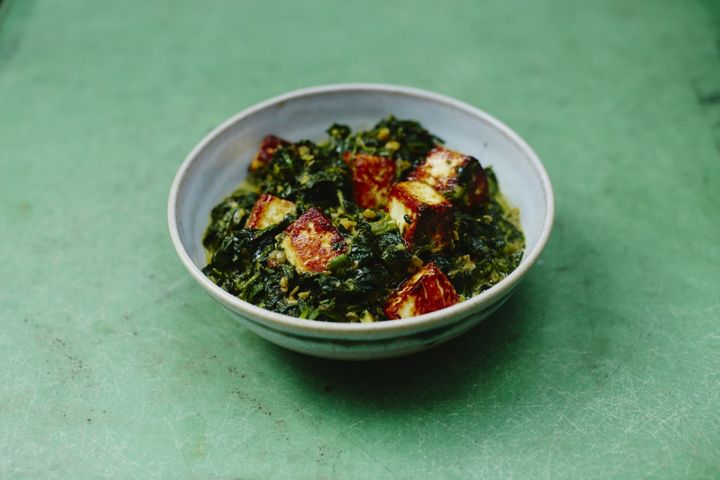 It’s more versatile than that, however. It’s great in kebabs, and is also lovely when crumbled over flatbreads or into a sandwich. It’s not even limited to savoury foods – the softer and more crumbly version of paneer is called “Chenna” in eastern India and is used to make some very popular sweets like rasgulla and sandesh.

You can buy paneer at many stores these days, but homemade paneer tastes much more fresh. All you need is a pot, a sieve, and muslin cloth, and you are ready to go.

How to make paneer at home

It’s important that whole milk is used for making paneer, as any other milk will not have enough fat to actually separate into the curds (which make up the cheese) and whey. 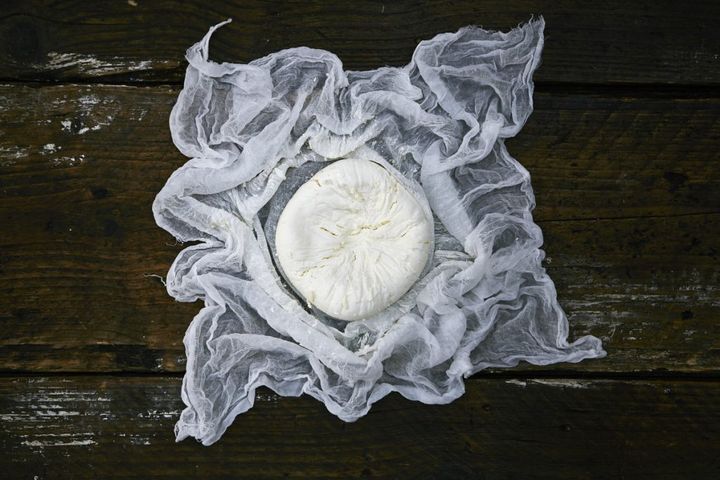 It’s as simple as that – you now have fresh paneer, ready to use in your favourite dish.

How to use paneer

Fresh paneer is creamy, light, and can be incorporated into a huge number amazing dishes.

You can use paneer in the filling of your favourite samosa recipe to give a soft and wonderful texture to the mix. It’s as simple as chopping fresh paneer into little cubes and adding to the cooked onions and other vegetables. If you really like it then you can even replace all the vegetables with paneer next time! 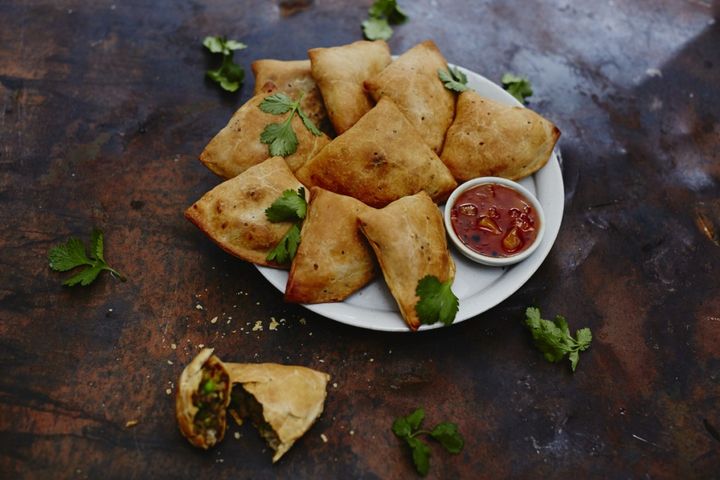 Paneer also goes really well with a potato and cauliflower curry. Tear the paneer roughly into small pieces and, once the potatoes and cauliflower are cooked, throw it in and mix well. It absorbs all the flavours of the curry, and the texture pairs beautifully with the cauliflower.

Paneer is great for a dosa filling as well. All you need to do is heat a little oil in a pan, add some mustard seeds with few curry leaves and dried red chillies and, once the seeds start to pop, add a salt and turmeric powder and mix well. Grate some fresh paneer and put straight in to soak up in all the lovely, bright flavours in the pan. From there it’s ready to be loaded straight into the dosa.

Paneer is also second to none for making a great vegetarian tikka masala –  the sweet onions and sour tomatoes are a perfect match for the soft, milky flavour of the paneer. It’s super-simple – once the sauce has been cooked, just add chopped paneer to it. This is a family favourite in our home.

You could also try this Paneer Jalfrezi by Maunika Gowardhan:

As you’ve probably guessed, there are many, many more dishes in which paneer can be used. Go ahead and experiment with it in some of your favourite curries, on the barbecue and in your salads. 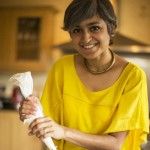 Chetna Makan was born in Jabalpur, an ancient city in central India. She has a degree in fashion and worked in Mumbai as a fashion designer before moving to the UK in 2003. Inspired by her motherâs skilled use of spices and other ingredients, Chetna gained the confidence to mix flavours and try new ideas. Grounded in the different cuisines of India and Europe, the recipes in her first book The Cardamom Trail epitomize the best of both worlds and act as a springboard for culinary creativity. She also shares her favourite recipes on her YouTube channel Food with Chetna.