There is a fantastic story of a CNN reporter who travelled to the Ivory Coast to do a story on the economics of chocolate. The Ivory Coast is the biggest producer of cocoa in the world, accounting for almost half the supply, and he was there to investigate the reasons behind the appalling living conditions of the cocoa farmers in the country.

Poverty is still rife among those harvesting the cocoa beans, but what shocked the reporter most was the fact that the farmers had never even tasted the chocolate produced from their beans. At a meeting of the Elders of a village in the Ivory Coast cocoa belt, the reporter gave a KitKat to the leader. The video of the moment makes me smile every time I watch it – seeing the joy on the man’s face as he tries chocolate – chocolate he has helped create – for the first time.

It’s proof that chocolate brings about a childish happiness in all of us. It’s not because it’s a naughty treat, or because it releases endorphins – it’s because there is something special in the flavour of chocolate that no other ingredient can really emulate.

So here are Jamie’s best chocolate recipes – a tribute to chocolate from all over the world – choc full of feel-good factor. Remember, just as you would with any other ingredient, always buy ethically and the best you can afford. It’s not just about taste, it’s about buying responsibly to help give the farmers a fair deal. 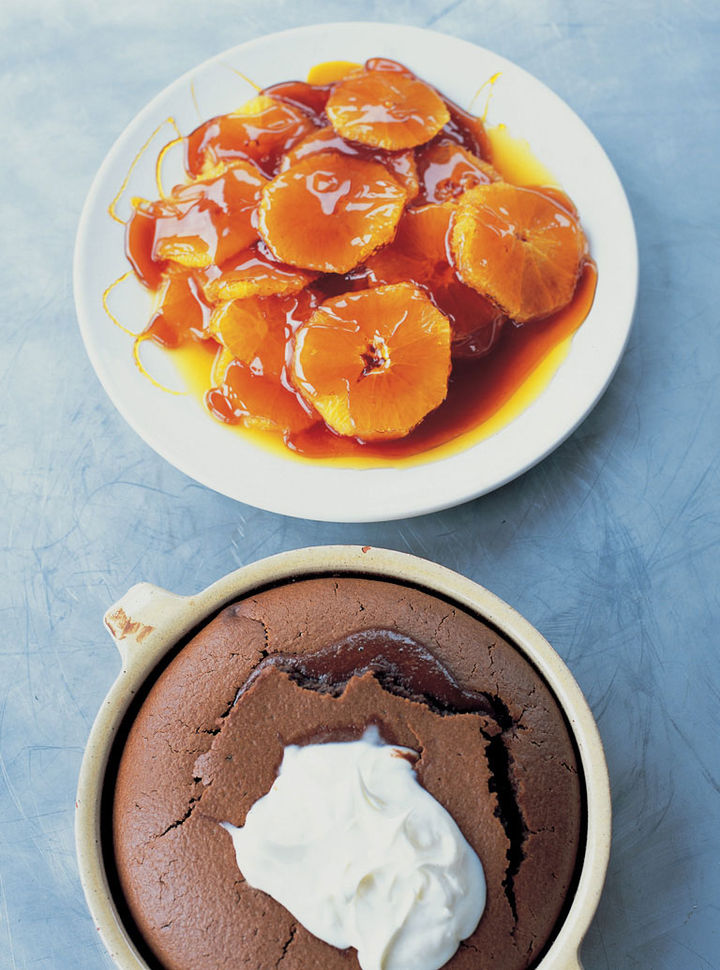 Ivory Coast was part of the French Empire right up until 1960, and the whole of West Africa has been influence by the presence of France, Portugal and Britain. This  Clafoutis recipe is a mix of the two main exports of the two countries involved – Ivoirian chocolate and swanky French desserts. 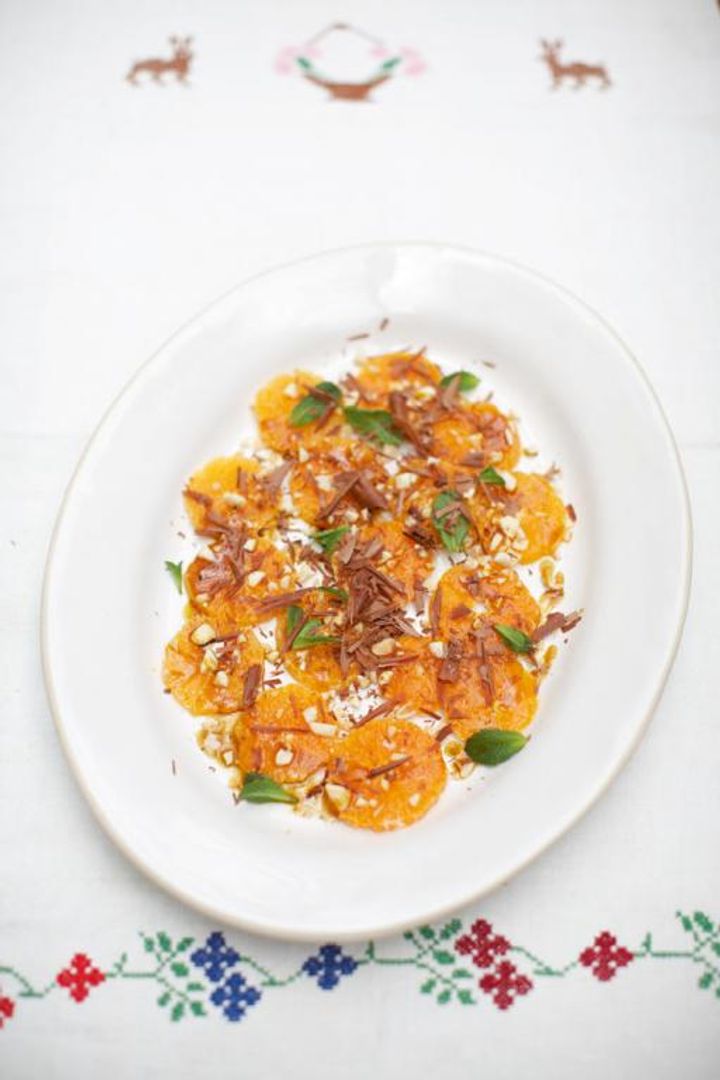 Yeah there’s the word salad in the title, but don’t go thinking this is anything but wickedly naughty. It will also banish all bad thoughts about chocolate orange; the fresh fruit and quality chocolate means this is a different flavour sensation. Why this recipe? Because Ivoirians are spoilt for choice with fruits, and apparently particularly enjoy mandarins, which would also work a treat in this recipe. 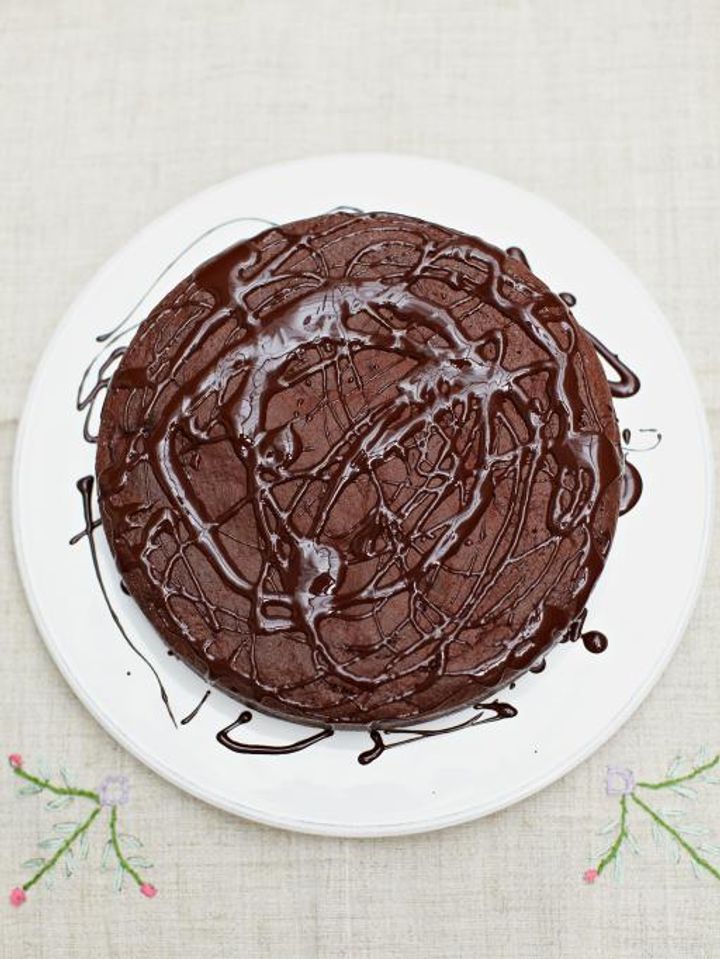 Here’s one for the kids to get involved with. They are never going to say no to chocolate cake, so it’s a great way to get them in the kitchen and learning about the joy of baking – as well as the beauty of beets, which add a delicate sweetness that complements the dark chocolate. 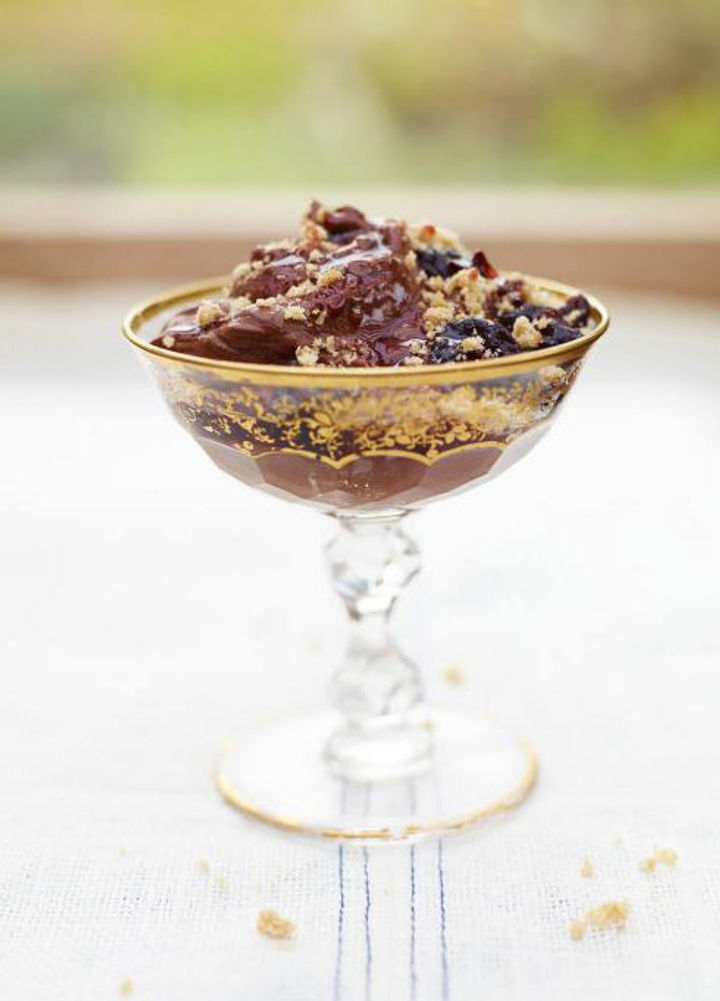 Here’s one the kids probably shouldn’t get involved in. This rich mousse is made with amaretto for a rich liqueur edge, so it might be a little grown up. It’s about as good as chocolate puddings get though; the cherries give it a Christmas vibe, but this is great at any time of year.

As Jamie says in the intro to the mousse, chocolate makes the world go around.