At the behest of a great number of our readers, we’re focusing on special diets like never before on JamieOliver.com. We’re on the hunt for great food that excludes nobody – whether they’re coeliac, intolerant to lactose, or simply followers of a vegan or vegetarian diet.

It’s perfect timing, then, that we should be invited out to Sweden to attend Gothenburg’s foremost music festival, Way Out West, and experience something very unusual and very special: a major public event that has ditched meat entirely, and in doing so greatly reduced its carbon footprint. 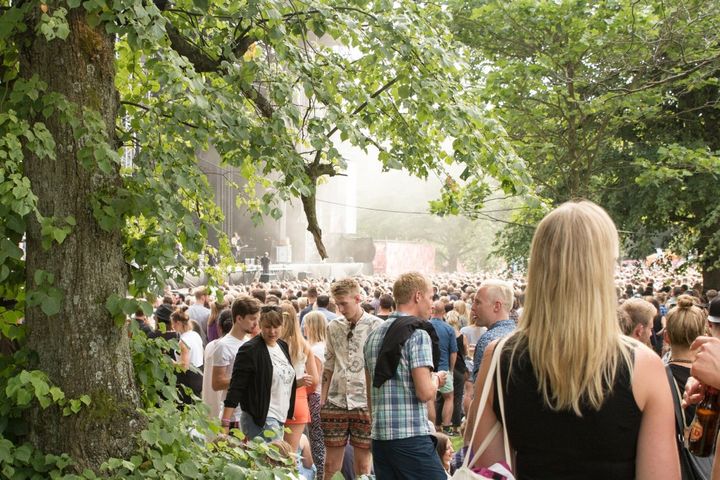 Way Out West is a jewel of a festival in and of itself. Set within Gothenburg’s Slottsskogen park, beset with street lamps, winding paths, rolling grassy slopes, trees, and ponds that could arguably be called lakes, it’s like stepping into summertime Narnia. The line-up, healthily represented by both genders, showcases fantastic music from all over the world, but with a heavy Swedish presence amongst it. 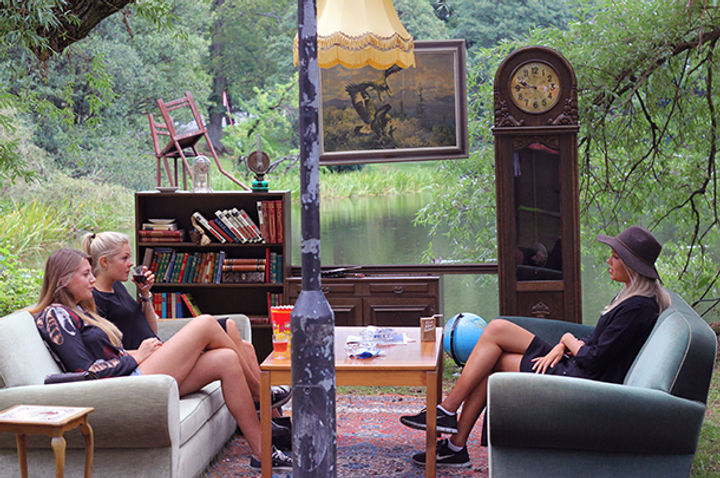 The festival’s ability to integrate awareness of pollution and sustainability into the event without becoming a bore, however, is something else. One of the major criticisms by your run-of-the-mill omnivores is that those who follow special diets are overly vocal or downright obtrusive with it. While I couldn’t comment on the actions of certain vegetarians who give the whole bunch a bad name (thanks, Morrissey), I think it’s fair to say that in a world where one diet is widely considered to be the norm, it’s understandable that those on a slightly different diet should wish to make their voices heard. Anyway, even this vague criticism couldn’t be applied to Way Out West. There have always been vegetarian events, but a mainstream event that just happens to be vegetarian is very rare indeed. 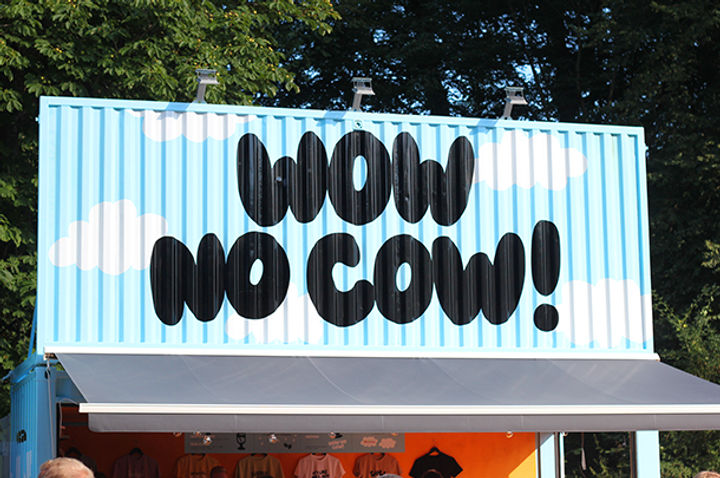 The festival, which first opened its gates with a meat-laden menu in 2007, only went veggie on the eve of its 2012 event. The move, while splitting opinion in Gothenburg and the rest of the festival world, made waves, and reportedly led a local tabloid to hand out free meat products to punters outside the festival gates. 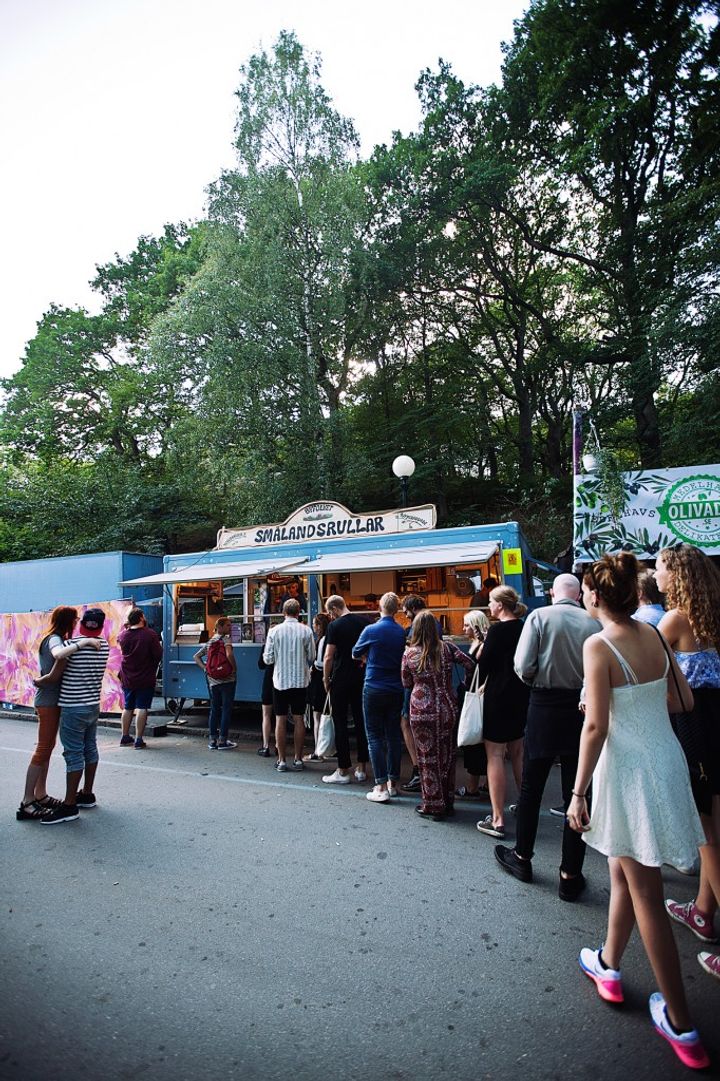 So, whether the conversations sparked by the brave move have been positive or negative (they’ve been both), the reasoning for it is important. According to Niklas Lundell of Luger, the team behind the festival, health, sustainability, and animal rights were all integral parts of their decision, as well as a desire to celebrate alternative lifestyles as a norm. He speaks at length of the depressingly limited options available to those who choose not to eat meat. For those who are used to “the vegetarian option”, Way Out West is place where “every menu is yours, and offers so much more than one course on each,” which is an amazing experience at a mainstream event.

Much like National Vegetarian Week, something we got fully behind this year, Niklas says that the goal of their festival is bigger than shouting about a certain lifestyle, it’s about normalising the idea of meat-free food. He says he hopes that it is an experience that some attendees may be willing take into their day-to-day lives, to the point where they may be more likely choose a vegetarian dish over a meaty one.

It’s by no means all talk, either – I certainly ate well at the festival. From one of the most monstrously filling burgers I’ve ever had (despite it being chickpea-based), to a delightful portion of deep-fried tofu (a damn sight more enjoyable than it sounds), the food was nothing if not satisfying. Of all the dishes, however, the standout was a pad thai dish made with soy protein in place of the tradition chicken. 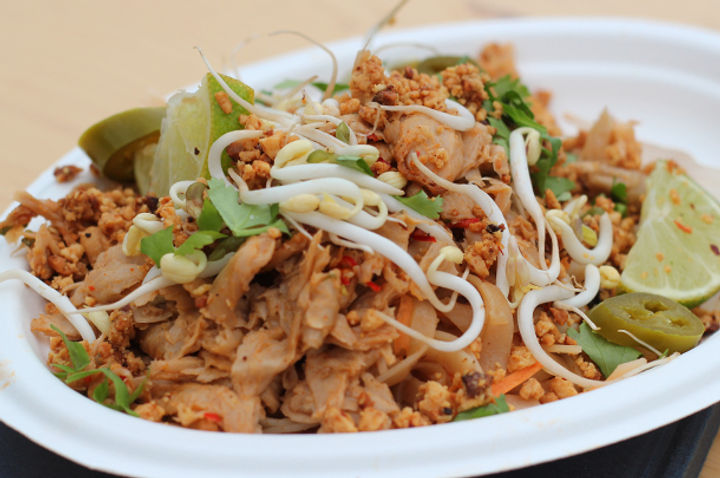 “Fake meat” is a sticky subject – some vegetarians live by it, and some deride it as a form of cheating. However, this particular dish – which, to be fair, at no point claimed to be a chicken imitation – was sensational. The chefs, led by Gothenburg super-chef Mats Nordstrom, made sure that the flavours of peanut, coriander, and chilli surrounding the naturally bland soy were dominant enough to create something both strong and complex in flavour.

The other big goal of Way Out West’s approach to food is sustainability – 80% of the food served is organic, and of course, animal rights and good farming practice is crucial both to the festival and, from what we hear, to the people of Sweden. “Sustainability now is where health and security was ten years ago,” says Niklas. “It’s a must-do — if you want to survive and build a strong brand, you have to approach it properly.”

The festival offers food from all over the world, and the work that has gone into developing that menu is enormous. Thankfully, it has delivered – the festival’s carbon footprint came down 25% with the decision to go vegetarian, which, for an event hosting 30,000 people, is no mean feat.

“Opinion-making is important, but it’s not the only important thing,” Niklas adds. “Let’s say people come here without knowing it’s 100% vegetarian, have a blast, go back home, and suddenly realise they haven’t eaten meat for three days – that would be amazing. Much better than having these big articles and debates about it!”

He agrees that the festival is still making a statement, and those statements have to be made if they are to make lasting change. The ideal, it seems, is a vegetarian festival where the food is simply thought of as great food, as opposed to being endlessly discussed for the fact that it’s free of meat. 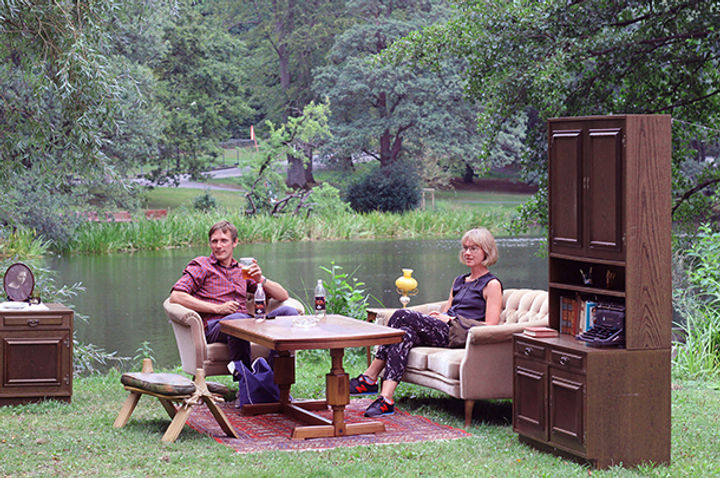 Truthfully, as an lover of coffee, dark breads and fish (all of which Sweden, and Gothenburg in particular, do very well), when I flew out I was excited far more about the food and drink scene around the city than I was for the festival. However, Way Out West’s success with vegetarianism on a major scale turned out to be the thing that really stuck – the thing I’ve honestly not been able to stop telling people about since returning home. In a few years, we hope to be able to come back and see how that menu, and the festival alongside it, has developed.

For a specialist-diets survival guide by our food team, click here.

All images by the author, unless otherwise stated.