Jamie’s TV series, Jamie’s Super Food, sees him unearthing the secrets behind some of the healthiest nations on the planet.

Life expectancy in Switzerland is an impressive 82.6 years – the fourth highest in the world. The Swiss are also the third biggest apples eaters on the globe. In his latest series, Jamie’s Super Food, Jamie visited Alpine apple farmers to get to the core of this incredibly popular fruit.

In the UK, we’re used to seeing a fairly small range of apples on shop shelves. Most of us probably struggle to name more than five or six types, which makes it even more incredible that there are actually 2,200 known apple varieties, each one completely unique.

They can be sweet, sharp, fluffy, crisp, juicy or dry – and some of them have fun names, too. The ‘Sheep’s Nose’ apple is long, dark and shiny, while the ‘Easter Orange’ is famed for its intense fragrance, and the ‘Bloody Ploughman’ apple has red flesh right to its core. You can buy a ‘Sir Isaac Newton’ apple tree, which is a direct descendant of the one that grew in his Woolsthorpe Manor garden, and there’s even a ‘Chips’ and a ‘Cola’ variety of apple.

The annual British Apple Day, in October, sees farms and orchards open their gates for fruit, cider and juice tastings – it’s a great way to branch beyond the ubiquitous Braeburn, Cox and Gala.

AN APPLE A DAY…

Packed with fibre, apples contain pectin, which is linked to good gut health. They’re also a source of antioxidants, which can help lower the risk of cardiovascular disease and type-2 diabetes. Fun fact – if you made your ‘apple a day’ a different variety every time, it would take you over six years to try them all! 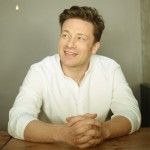