Stir Up Sunday encouraged many of us to get into the kitchen with our kids to mix up the Christmas pudding ahead of Christmas Day, putting us all in the mood for festive flavours and Christmas cheer.

Now’s also a great time to get ahead by making a homemade Christmas cake, letting the flavours mature and develop through December, and leaving you with plenty of time to think about how to decorate it. Another festive favourite is the good old mince pie, traditionally made with dried fruits soaked in brandy, spices like cinnamon, nutmeg and ginger, all mixed with suet, a little chopped apple and a twist of lemon and orange citrus zest. The British mince pie is in fact one of our oldest sweet pies and its origins can be traced as far back as the 13th century, originally inspired by Middle Eastern recipes made with meat, fruit and spices. In more recent times, there have been many modern twists – and of course, these days, there’s no actual meat involved! Here are a few new ideas for you to try.

A traditional mince pie is made with a crumbly, sweet shortcrust pastry, but I’ve also seen them made with puff pastry (for a slightly lighter, flakier texture) or even with filo pastry. For something a little different, try Jamie’s gluten-free mince pies with crumbly pastry, filled with mincemeat, topped with flaked almonds and lightly dusted with icing sugar. Although it might be tempting to buy a packet of mince pies from the shops, you really can’t beat pulling your own fresh batch out of the oven, served ever-so-slightly warm with a little fresh cream on the side.

If you like shortcrust pastry but are looking for an alternative topping to a shortcrust lid, you could make a crumble topping.  For inspiration, you can use the topping in this apple crumble recipe and simply scatter a teaspoon of the crumble mix over your mincemeat before baking. An almond-spiked frangipane topping works well too, inspired by the topping on another British classic; the Bakewell tart. 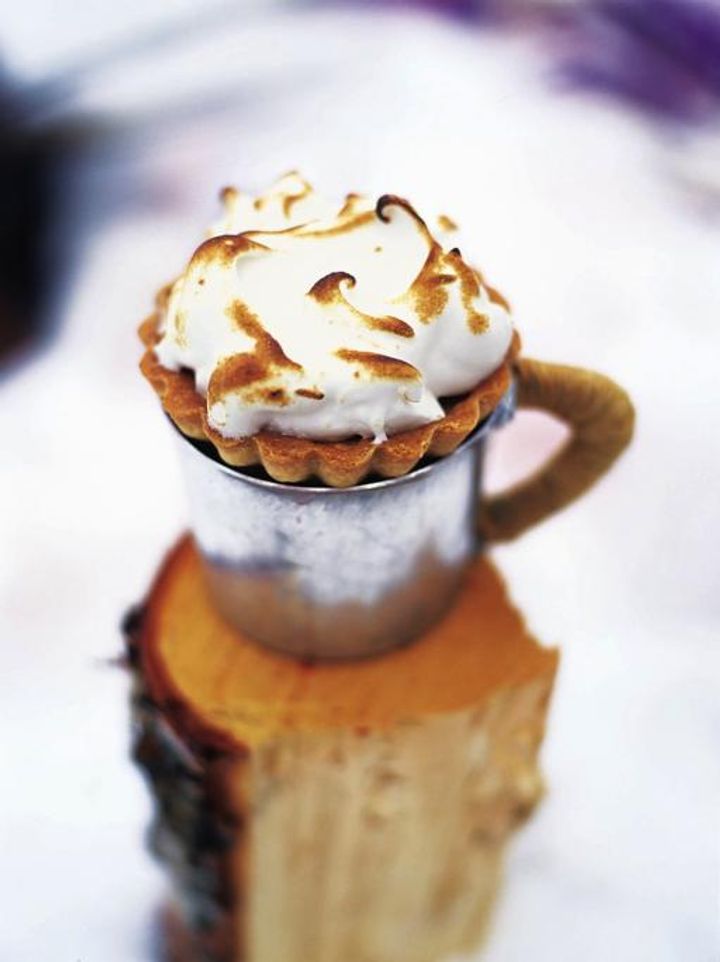 If you really want to produce a mince pie with a ‘wow factor’, have a look at these Baked Alaska mince pies, made with a shortcrust pastry base, filled with mincemeat, ice-cream and a quick meringue topping briefly browned under a grill. Your Christmas guests will be seriously impressed by these and the ice cream on the inside provides an unexpected surprise!

If you’ve made up a batch of your own mincemeat and have any leftover after your own kitchen creations, you could always add a couple of spoonfuls to a basic cupcake mixture to make mince pie cupcakes.  Or for a time-saving, sweet mincemeat twist on a filo spring roll, use a packet of prepared filo pastry squares, each filled with mincemeat, rolled into a classic cigar shape and brushed with melted butter before baking. Delicious!

For more sweet Christmas recipe ideas, take a look at some of the other recipes within the Christmas cakes and puddings section on the site.