Now, the English pub (inn, tavern, boozer or whatever you want to call it) is world-famous for supplying punters with traditional beers and pub food, as well as a healthy dose of English humour and a good helping of quirks and eccentricities; and let’s not forget the football on a big screen.

The pub, however, has had a bit of a renaissance of late, with landlords turning to the appeal of better food for their customers, rather than the old mainstays of scampi and chips or chicken in a basket.

My local, The Duke’s Head in Hatfield Broad Oak in the beautiful county of Essex, is quite high up the gastro-pub tree, and is pretty good at tempting A-to-C-list celebrities out of the wealthy Essex/London borders.

The big difference in pubs all over the country these days is a focus on great, usually local ingredients. Because a dish is only as good as the stuff you put in it – and sometimes good ingredients don’t need a lot of work. With that in mind, that I have requested a dish from that fits snugly into the “retro classic” category: a ploughman’s lunch.

A ploughman’s, so called for fairly obvious reasons that it was the farm worker’s lunch of choice, is traditionally made up of a lump of cheese, a hunk of bread and an apple. Over the years fancy additions such as cooked meat and pickles have been added, but I’ve asked for a fairly uncomplicated one. However, the ingredients are going to be of the highest quality. 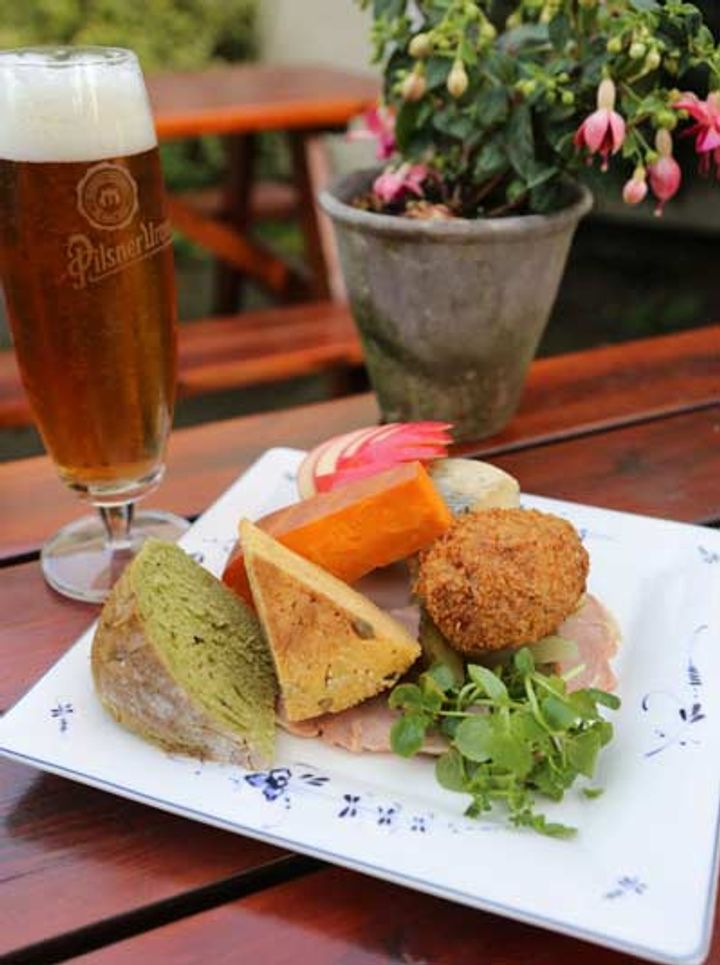 First the cheese: bought from a lovely new deli called Earley’s in Little Canfield, a young start-up that we wish all the luck to, I went for a Cashel Blue, a creamy and not too pungent wedge and a lightly-smoked Dorset Red – brightly coloured but subtle with a really interesting tang.

For the bread, two hunks of locally baked beauties – an unusual green-coloured, spinach & fennel one, and a white seeded. Picking the bread can be as complicated as you like, and I’m all for matching it to the cheeses. Creamy blue and a crusty white loaf? Yes please. And it doesn’t hurt that it goes brilliantly with sweet apple too. 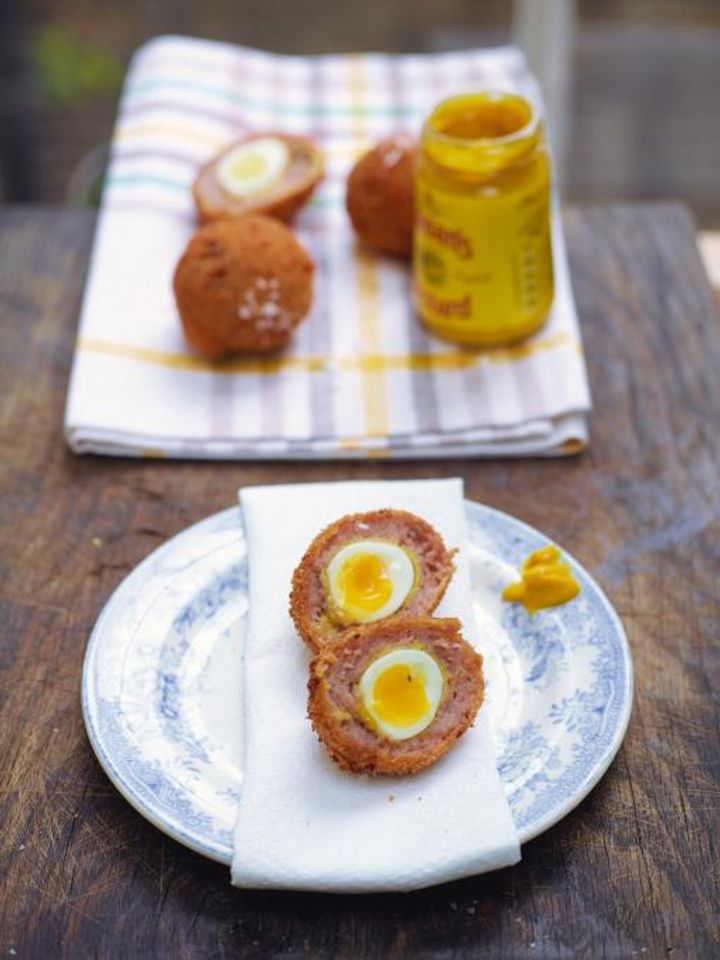 But the landlord Justin wouldn’t let me stop there; he embellished with a scotch egg (have a look at Jamie’s recipe for wee Scotch eggs from his Great Britain book) and a lovely slice of Essex smoked ham.

So what’s the one thing still missing? A pint, of course. I went for a very untraditional Pilsner Urquell rather than my usual tipple of Adnams Ghost Ship, but it was a hot, thirsty summer lunchtime. If you’re after inspiration, check out the Craft Beer Boys as they talk about the best lagers in the world – that’s me in the hat by the way, and the Camden USA Hells isn’t half bad with a strong Cheddar.

So I can’t offer you much in the way of a recipe, but just picture yourself in the sunshine, the dog basking in the warmth at your feet in a traditional English pub beer garden with a cold pint and a plate of good-quality local food. England in a nutshell… and, on that note, COME ON ENGLAND!!!!!