Nothing speaks to me more of Christmas than the heady scent of citrus peel, dried fruits, cinnamon, ginger and nutmeg in the kitchen during the lead up to the festive season.

The last Sunday of November is when it all begins, as the children don their aprons and find their wooden spoons and mixing bowls ready to “stir-up” the mincemeat and Christmas pudding mix.

Dating back to Victorian times in Britain, stir-up Sunday falls on the last Sunday before advent and is connected to a bible passage read to churchgoers; “Stir up; we beseech thee, O Lord.” The family would leave church to go home and teach the children how to stir up the ingredients for the pudding. 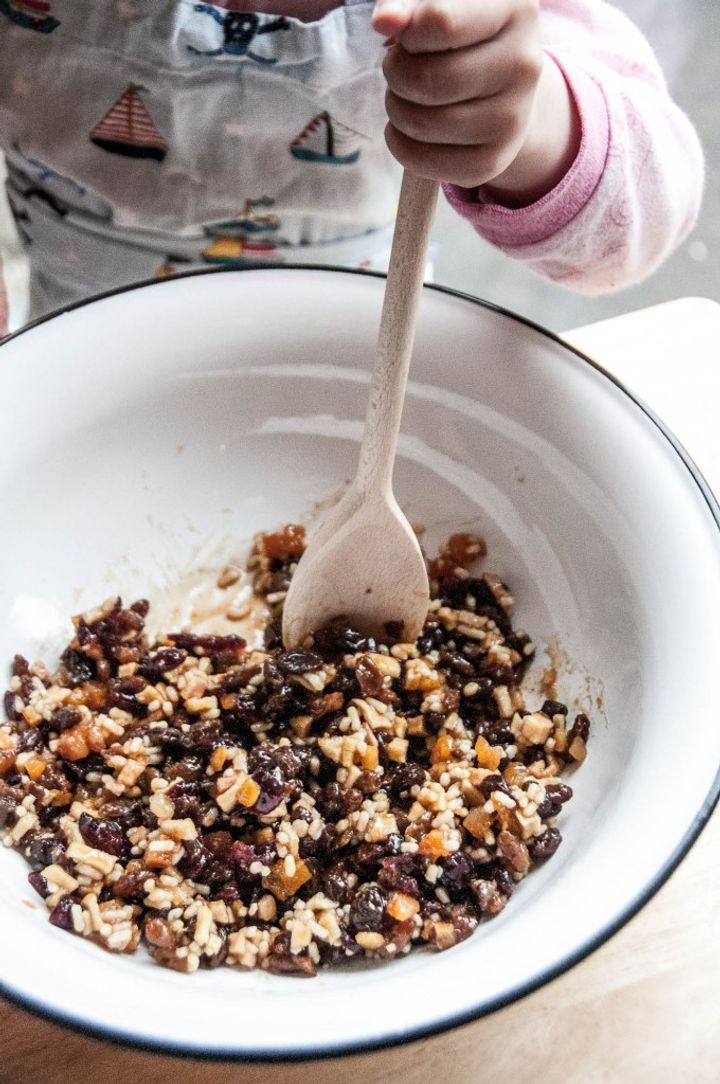 If you’re keen to try out or adopt a truly British tradition, making your own Christmas pudding is a great place to start – it really isn’t too difficult at all.

Christmas puddings and fruit cakes benefit from being made long before you eat them, because the flavours intensify and colours deepen over time. So the first thing you need to do is make your mincemeat, which can then be turned into pudding or mince pie fillings.

Gather together a selection of dried fruits, such as raisins, currants, dried cranberries, apricots and prunes – around 400g in total – in a bowl. You can then add optional flavour and texture using a handful of chopped walnuts, hazelnuts and almonds. You’ll also need 100g suet, a very traditional ingredient that’s now widely available in a vegetarian version. It’s also nice to add in fresh lemon, orange zest and a little juice, along with chopped Bramley apples. Sprinkle in 150g dark brown sugar, two teaspoons of mixed spice and a good swish of brandy or port, and then leave the mixture to infuse.

At this stage, you have mincemeat that can be transferred into sterilised jars, ready to make mince pies with or even to give as a gift. To turn this mixture into a Christmas pudding you’ll need some dry ingredients such as flour, breadcrumbs, sugar and additional spices, along with an egg or two, and a spoonful of treacle or golden syrup.

A Christmas pudding should be cooked in a ceramic pudding basin, lightly greased with butter. Simply transfer your pudding mixture into the basin and cover it with greaseproof paper and some tinfoil, tightly tied with kitchen string. You also need to make a little pleat in the paper and foil, to allow the pudding to rise and expand during steaming.

To steam your pudding, simply take a large, lidded pan and half fill it with water. Use a small upturned plate to sit the pudding basin on. Cover the pan with a lid and steam your pudding for 4-5 hours before very carefully lifting it out. Make sure the water doesn’t reach the lip of the pudding basin and that it doesn’t dry out. If needed, top the saucepan up with water.

If you are making your pudding on stir-up Sunday as we will be, you can take the pudding out after steaming it and allow it to cool. Replace the greaseproof paper and tin foil with a couple of fresh pieces, re-tie with kitchen string and leave it in a cool, dark place. On the day itself, re-steam your pudding for at least two hours before serving. 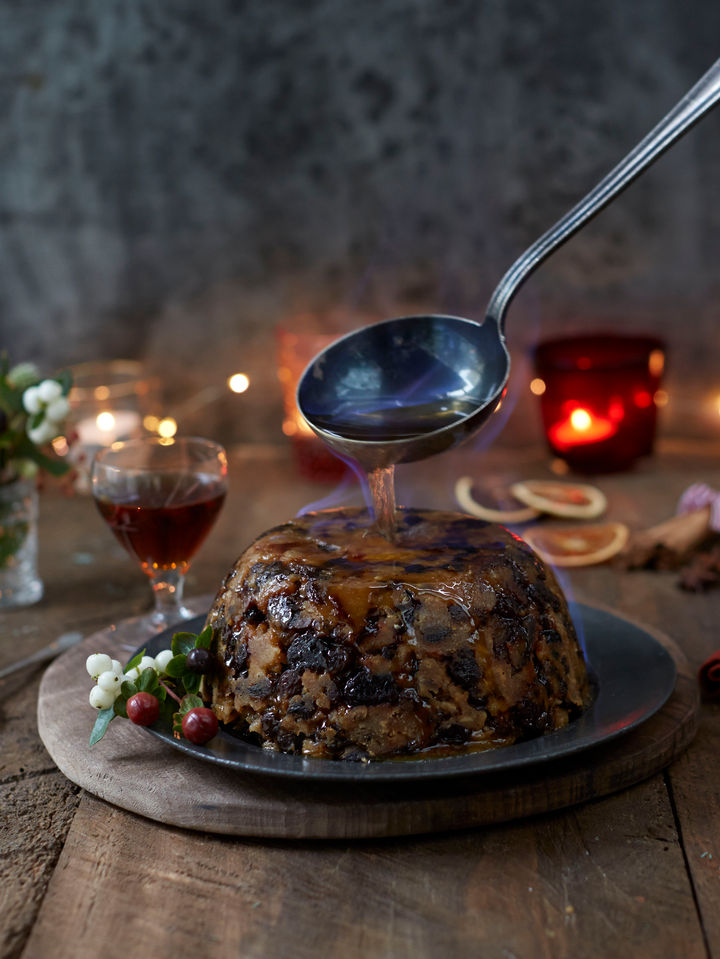