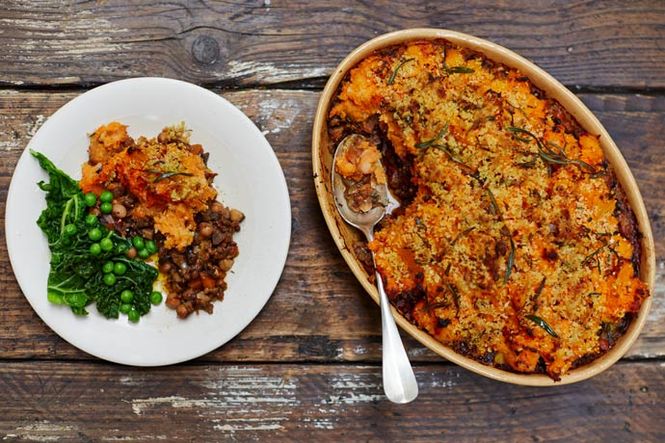 A vegan diet consists of vegetables, grains, nuts, fruits and other foods made only from plants. We have a variety of recipes which are suitable for vegans on our website, but it’s important when following a vegan diet to plan meals properly – try and vary the food you eat as much as possible and be aware of any nutrients that may be missing from your diet.

A vegan diet consists of vegetables, grains, nuts, fruits and other foods made only from plants. We have a variety of recipes which are suitable for vegans on our website, but it’s important when following a vegan diet to plan meals properly – try and vary the food you eat as much as possible and be aware of any nutrients that may be missing from your diet.

Here are the most common nutrients that people on a vegan diet risk missing out on:

Vegans can get enough protein from their food as long as they are eating a good variety of foods. Vegan food sources of protein include: beans and pulses, soya products (milk, yogurt, tofu), nuts, seeds and also in cereal foods like rice, bread, pasta etc.

Calcium deficiency affects bone health and metabolism and can results in bone diseases such as osteoporosis. Calcium requirements are particularly high for young children, who would normally get this from cow’s milk, so it is important to make sure that if your child is following a vegan diet their calcium intake from non-dairy milk sources is sufficient. Calcium is found naturally in dried fruit (apricots, raisins, and figs), ground almonds, sesame seeds, tahini (sesame paste), tofu and pulses, as well as fortified products such as flour, bread and non-dairy milks e.g. unsweetened soya or almond milk.

Zinc is required for metabolism and immune health amongst other things, so it is important to try and avoid deficiency at all costs. Phytates found in plant tissue make zinc less bioavailable, so making sure that you are getting foods rich in zinc on a regular basis is important. Vegan sources of zinc include beans and pulses, whole grains, wheat germ, tofu, seeds and nuts.

Insufficient vitamin D will have an effect on calcium absorption, so again making sure vitamin D is not limiting is especially important in young children. Vegan sources of Vitamin D include fortified breakfast cereals and soya spreads. Please note that the most natural way of boosting your vitamin D intake is through exposure to sunlight.

In vegan children, long term iron deficiency can impact intellectual performance and behaviour and can also result in iron anaemia. Short term effects, also in adults, include impaired immunity, tiredness, appetite and vitality. Like Zinc, the iron found in plant sources is less bioavailable, so again making sure iron rich foods are eaten regularly is important. Vegan sources of iron include dark-green leafy vegetables, pulses, wholemeal bread and flour, fortified breakfast cereals, soya products, nuts and dried fruit (in particular, dates and apricots). Women require more iron than men, so they need to be aware of the amounts they’re consuming.

Vitamin B12 deficiency can lead to energy loss and a loss in appetite, children will show signs of deficiency quicker than adults will. Vitamin B12 is found almost exclusively in animal products and so the only vegan sources are fortified cereals and unsweetened soya milk, as well as in yeast extracts, such as marmite.

Iodine deficiency affects the thyroid gland, which regulates the body’s metabolism and homeostasis. In Children iodine deficiency can result in permanent brain damage so making sure iodine is sufficient in young children is especially important. Vegan sources of iodine include cereals and grains, such as rye, and sea vegetables such as nori, wakame and arame. It is important to note that excessive intake of iodine can also have negative health implications, some sea vegetables contain very high levels of iodine, these examples contain moderate, safe amounts.

Vitamin B2 is important for brain and nervous system development and maintenance. Vegan sources of Vitamin B2 include wheat germ, beans and pulses, almonds, avocados, mushrooms, dark green leafy vegetables and fortified unsweetened soya milk. Nutritional yeast is also a source of vitamin B2 (amongst other nutrients); a strain of yeast grown on molasses and can be added to savoury dishes as an extra source of nutrients. Most children get their vitamin B2 from cow’s milk so it is especially important to make sure your child is eating enough of the alternative sources to make up for this.

Omega 3 fats have been associated with a reduced risk of heart disease as well as having other health benefits, similar to those that can be attained through eating a variety of fruits and vegetables and by reducing saturated fat and salt levels in the diet. Usually found in oil fish, vegan sources include nut and seed oils, such as linseed, walnut, rapeseed and soya bean oil. Using these oils when cooking is a great way to increase your omega 3 intake.
If you’re breastfeeding or feeding your child a vegan diet you should get advice from your doctor as to what supplements you or your child should be taking.

Vegans should also take care with ingredients such as gelatine, cochineal (E120 – a red food colouring), suet, milk powders, egg powders, if in doubt look for a vegan friendly logo. Also try and avoid artificial replacements for animal-based preservatives as these risk containing added preservatives, colours and flavours. Also make sure you are keeping an eye on the saturated fat, sugar and salt content of the foods you are buying.

Our vegan recipes exclude all products taken from animals. These include any meat, poultry, game, fish, shellfish, by-products of slaughter or any foods that come directly from killing an animal, such as fats and gelatine. This category also excludes recipes containing dairy products, eggs and honey. 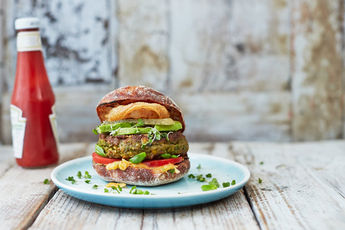