“Inspired by my time cooking with Nonna Rosanna, this sweet and sour pasta is an absolute joy, and uses prawns and their heads for maximum flavour. I’m using her trick of washing sliced onions to make them milder, and that moisture also helps to add extra sweetness as they cook, before we add vinegar for contrast. ”
Serves 2
Cooks In45 minutes
DifficultyNot too tricky
Jamie Cooks ItalySeafoodItalianTunaPrawnsLunch & dinner recipes

Peel and finely slice the onions, and place them in a bowl of water. Pull off the prawn heads and put just the heads into a cold frying pan with 2 tablespoons of oil and the cinnamon. Place on a medium heat and, once sizzling, add the anchovies. Drain the onions and toss into the pan. Cover and cook for 20 minutes, or until super-soft, stirring occasionally and adding a splash of water, if needed. Meanwhile, peel the prawns, run a small sharp knife down the back of each to butterfly them, then pull out and discard the vein. Steep the saffron in a splash of boiling water and the vinegar. Pound the pistachios in a pestle and mortar. And, for another Rosanna trick, finely grate a little pecorino rind, for seasoning.

Cook the pasta in a pan of boiling salted water according to the packet instructions. Meanwhile, chop the tuna into erratic 1cm chunks, and finely chop the top leafy half of the parsley. With 2 minutes to go on the pasta, remove the lid from the onions and turn the heat to high. Gently squash each prawn head so all the tasty juices spill out into the pan, then discard the heads and the cinnamon. Stir in half the parsley, then break the frying by adding the saffron vinegar mixture. Stir in the prawns and tuna, then use tongs to drag the pasta straight into the pan, letting a little starchy cooking water go with it. Toss over the heat for 2 minutes, loosening with a little extra cooking water, if needed. Turn the heat off, quickly toss in the grated pecorino rind and the pistachios, taste and check the seasoning, then sprinkle over the remaining parsley.
Please enable targetting cookies to show this banner
Related recipes 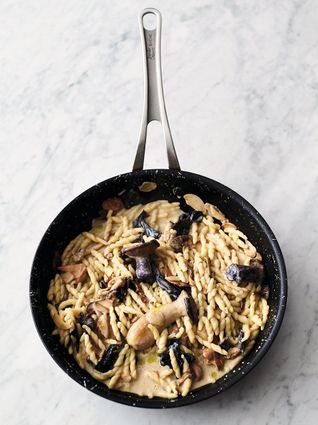 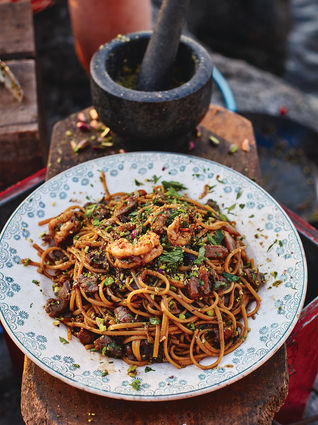 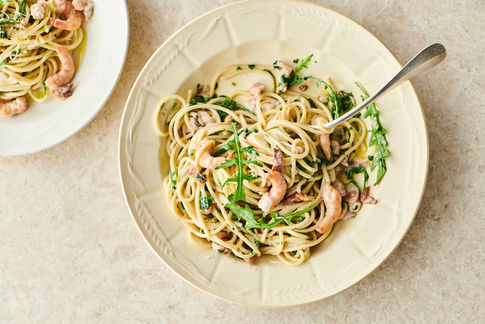 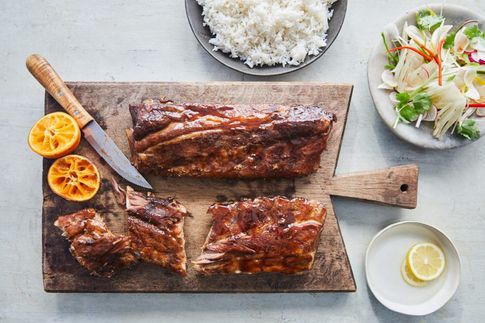 The ultimate BBQ recipes for summer 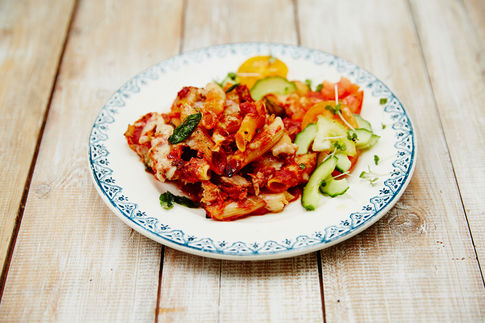 What to do with a tin of tuna 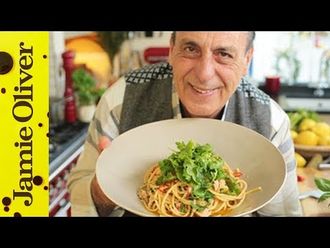