This works great as a stand-alone recipe, but also as a component in Jamie's Taco Party from Together – see the full collection of menus here.

GET AHEAD Line a 1.5-litre freezer-proof terrine mould or loaf tin with a double layer of clingfilm, letting it overhang at the edges. Melt the chocolate in a large heatproof bowl over a pan of gently simmering water, making sure the water doesn’t touch the base of the bowl. Remove and allow to cool while you separate the eggs. Whisk the egg whites with a pinch of sea salt until super-stiff, then in a separate bowl, whisk the cream with the sugar until it forms soft peaks. Stir the rice pudding and cocoa into the melted chocolate, then whisk up the egg yolks and fold in with a spatula, followed by the cream. Finally, fold in the whites, working from the outside in and from bottom to top, until fully mixed but being mindful to retain as much air as possible. Pour into the lined mould, fold in the overhanging clingfilm to cover, then freeze overnight.

TO SERVE Move the semifreddo from freezer to fridge 2 hours before you want to eat so you have a semi-frozen, sliceable dessert. Turn it out on to a serving platter, and sprinkle over the Hazelnut brittle and Spiced dust. Nice with shaved or grated chocolate, too.
Please enable targetting cookies to show this banner
Related recipes 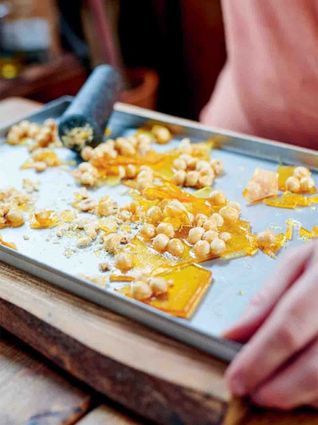 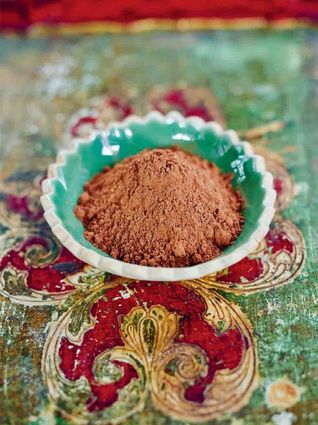 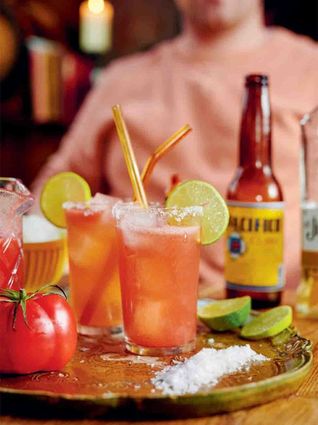 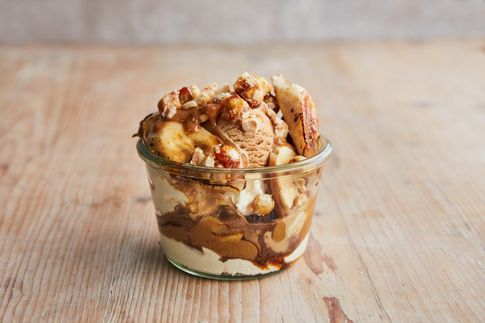 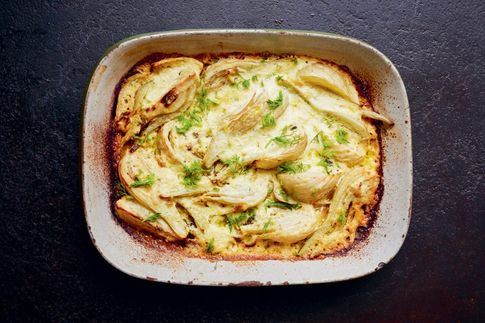 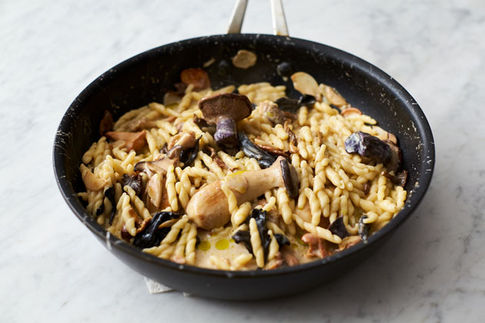