Everyone’s got an opinion on who should be in England’s starting 11 for the World Cup. Pubs and water coolers the country over are littered with huddles of people animatedly pointing out flaws in their friends’ thinking.

Well, whether you’d play Lampard and Gerrard together, never even put them in the same room, or have no idea who either of those people are, here’s a starting 11 everyone can get involved in – if you had to pick the 11 English dishes that you’d be prepared to put up against the rest of the world’s cuisine, what would you pick?

How could you deal with the tricksy skills of the French masters, the fresh and feisty passion of the Italian pasta chefs, the excitable skills of South American barbecue chefs, or the up and coming South Korean stir-fryers.

Well, here is my starting 11 – the traditional English food I think set us apart from the rest of the world. And, as with all properly great food, you can knock them up yourself from the comfort of your own kitchen.

Let us know your ideas below!

Scrambled eggs & smoked salmon
You can’t win a World Cup without a great keeper, because inevitably he’s going to have to save a load of penalties at some point. And in the same vein, you can’t win the day without a good breakfast, and us Brits know how to do it right. Delicious toast, soft scrambled eggs and smoked salmon with plenty of cracked black pepper. The Peter Schmeichel of breakfasts – unbeatable.

Welsh Rarebit
Central defenders need to be three things. Big, strong and quick thinking. Well Welsh rarebit is all three – sure it’s Welsh, but Ryan Giggs played for England as a schoolboy. Cheese on toast is super quick to make, pound for pound just about the most flavour-packed thing on earth, and it’s big enough to fill you up in about 4 mouthfuls. The chilli jam in this rarebit recipe gives it a little bit of danger, like staring straight into Nemanja Vidic’s eyes.

Toad in the hole
Another important attribute that a centre back has to have is reliability. When your playmaker loses the ball in his own half, he needs to know that the guys behind him are able to deal with it. In the same way, we all need a recipe we can fall back on when inspiration just won’t hit. Well this Toad in the hole is my go-to. Mostly made from store cupboard staples, you know you’re only ever a bottle of cider short of a cracking dinner. Fish finger baps
Wing backs need to be fast. Seriously fast. Because when an attack goes awry they’ve got to go from one penalty area to the other faster than their opponent. Well sometimes a meal needs to be fast too, and that’s where Jamie’s 15-Minute Meals comes in to play. His fish finger baps with mushy peas can take even less than 15 minutes, and always get the job done.

Sunday roast
It’s the thing England lacks the most, a dynamic, exciting player in the middle of the park. We’ve got passers, we’ve got shooters, we’ve got runners. But since Scholes no one has been able to do it all. But this beef roast does. It’s the perfect beef recipe to have lots of other things playing off it – all the lovely British seasonal veg (big players in their own right, mind) shine when they’re on the same plate as it. And what’s more, you’ll have loads leftover so the play continues into the week as you use them up.

Victoria sponge
Every team needs to have a playmaker, but they also need a playboy. Someone exceptionally gifted, but also charming to look at too. A David Ginola, if you will. England is missing that in this generation, but we’re not in our Foodie World Cup team, because we have the Victoria Sponge. A thing of understated beauty, and perhaps the most perfect cake ever devised. This one’s topped with crystallised rose petals, surely the only way David Ginola’s hair could have been any more girly. 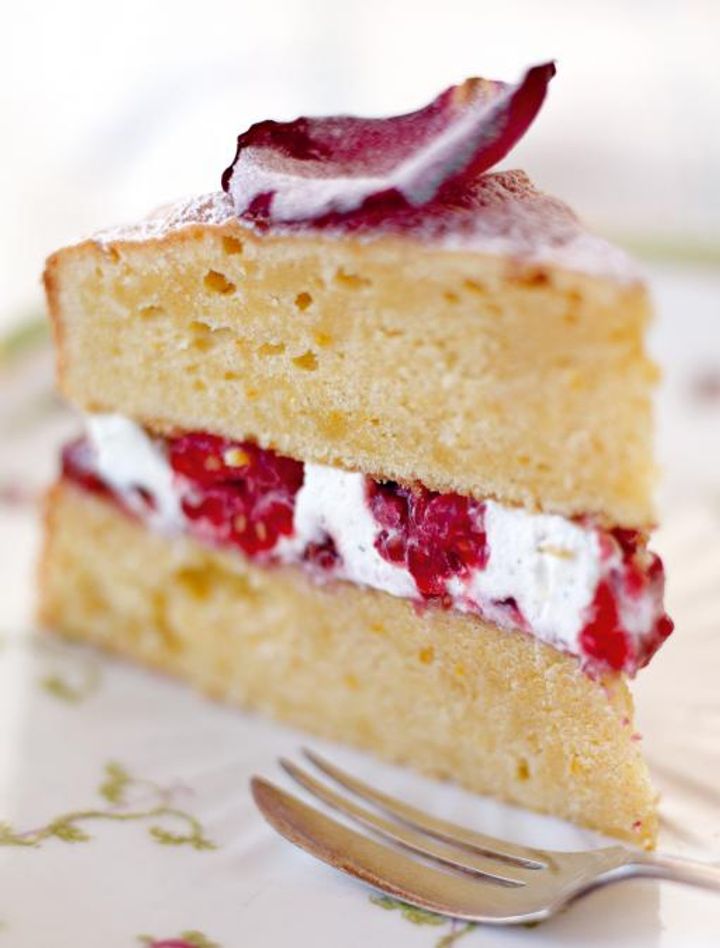 Yorkshire puds
The classic old British names may be harder to come across, but every England team has had at least one player who’s name makes them sound more like a World War II fighter pilot than a highly paid sports star. This year’s is Leighton Baines, although Rickie Lambert comes a close second. And what’s our team’s equivalent? The Yorkshire pudding. But this time, with some horseradish and fresh trout. Old name, modern recipe. What we hope the England team is now all about.

Kate and Wills pie
About as English as we can get, the Kate and Wills pie was made in tribute to the happy couple. It’s probably what the world thinks of us – royalist, frumpy, with big teeth. This reminds me of the one English player in the line-up who actually knows the lyrics of the national anthem. And it’s a beautiful recipe, especially with the sneaky cheese Jamie puts in (despite the efforts of his nutritionists no doubt) – oh and it’s got a hearty glug of stout in it too. Could be served at middle league football stadiums all over the country. 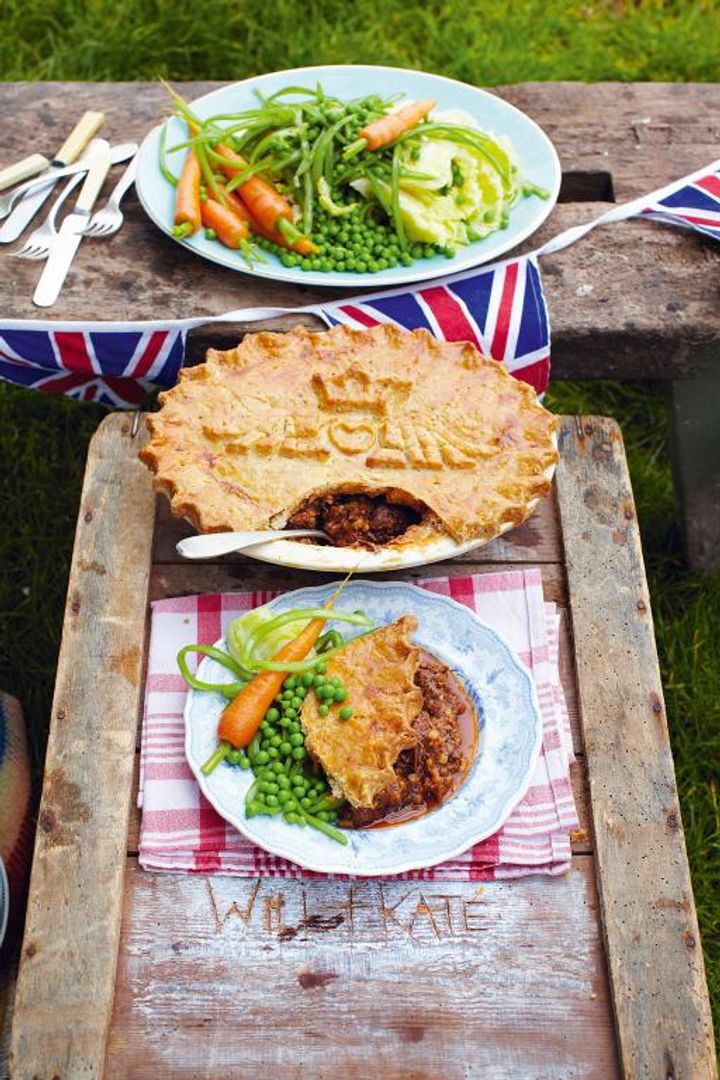 Rabbit Bolognese
I couldn’t resist putting a game recipe in the list. The pun was just sat there like an open goal. This rabbit Bolognese is, hands down, one of Jamie’s best ever recipes. So worth the wait (like waiting for England to win the world cup this year, right?), and so much fun to make because you get your hands right in there. It’s a workhorse kind of recipe, a dish putting constant crosses into the box, knowing that someone will get on the end of it eventually.

Mini beef Wellingtons
And here’s the killer finish.  It starts at the back with a classic British base of onions, celery, carrot and garlic, they pass it on to the spices – the playmaker in front – who gives it a quick and devastating one-two with the tomato puree before the charging run from the beef mince (probably Rooney) then a deft, beautiful but firm finish from Sturridge, by which I mean Cheddar cheese. And to celebrate? Tear off your shirt/pastry casing and DIVE into the corner, arms out, beating the three lions/heartburn from eating too fast.

Oh, warming the bench has to be Barry (AKA My Virgin Kitchen) and his homemade crisps – the ultimate beer snack.